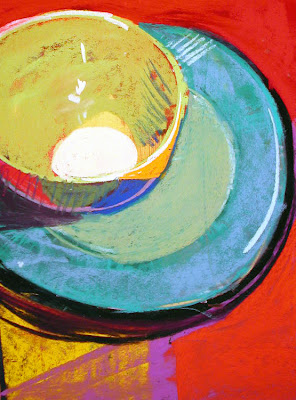 I have so many bowls and little plastic containers of leftovers in my refrigerator that they get shoved to the back of the shelves only to be retrieved and thrown out when they have a coating of greenish fuzz. My wealth is almost embarrassing. I’ve been known to mutter that what I was throwing out could feed a third-world village for days. So when I came upon the idea of God’s leftovers as I read the gospel of Mark, I couldn’t help but think of my refrigerator, jam-packed with leftovers this time of year.
After Mark tells us about Jesus feeding 5,000 people, which may have been as many as 15,000 people if you include women and children, we’re told, “they took up twelve baskets full of fragments and of the fish.” That’s a lot of leftovers, especially when you consider that Jesus began with five loaves and two fish. He filled all these people to the point of bursting, a feast of bread and fish. There was more left over at the end than there was when He started! Probably even the birds and bugs were satisfied with bits of fish and crumbs of bread too small to pick up.
Soon we read the story of the Syro-Phoenician woman whose daughter was possessed by a demon. When she hears that Jesus is in town she follows Him, persistently begging for His help. He finally stops and tells her “it is not good to take the children’s bread and throw it to the little dogs.” He’s comparing her need to that of pet puppies begging for scraps? Yup.
I don't know about you, but I might have gotten plenty mad and stalked off at that point, but Jesus knows his audience. The woman’s response is most remarkable. She says, “… even the little dogs under the table eat from the children’s crumbs.” Leftovers. She’s more than willing to take God’s leftovers.
The ‘crumbs’ of the grace of God are sufficient. His leftovers are not stuffed in the back of the refrigerator to rot. They’re out there for people to have, to ask for and receive. He will feed the hungry with all that He has made, heal a child, comfort a mother in need and satisfy anyone who pursues Him.
With God the leftovers are abundance itself!
Email Post
Labels: Bible Christian Jesus